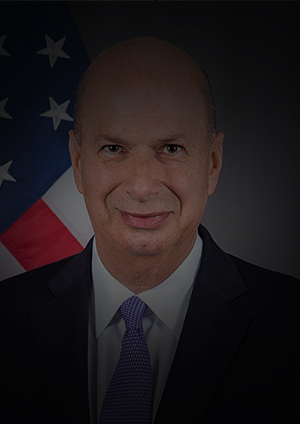 Producer Peter Ogburn sits down with host Max Bergmann to find out what happened This Week in Impeachment. We discuss the stunning testimonies of Fiona Hill and David Holmes as well as the madcap antics of Devon Nunes and Gordon Sondland. To hear the full 40-minute roundup, sign up at www.patreon.com/assetpodcast.

The Asset is a partnership between The Center for American Progress Action Fund, District Productive, and Protect the Investigation. Hosted by Max Bergmann, The Asset seeks to make sense of all the investigations, indictments, and speculation surrounding President Trump.

The Asset tells the full story of Trump’s lawlessness and abuse of power, from his collusion with the Russian government to his extortion of a foreign leader to help him win re-election. Each week, we will examine the colorful characters that populate the story of how the President of the United States continues to leverage the full power of the United States government for his own personal gain.